“And how can this be? For he is the Kwisatz Haderach!”

To most people, that line will probably mean absolutely nothing. But, for this science fiction nerd, it was the best end-of-climactic-scene line uttered since “Luke, I am your father.”

Back in the eighties, when HBO still played movies, I was riveted by the long voice over introduction that set up the story of Dune.**

The way this movie unfolded defined epic for me, and even to my seven-year-old mind I knew that EPIC=LARGE SCALE.

Gigantic. Sandworms. Come on, if that’s not EPIC, I don’t know what is.

Ok, I know, theoretically, that the movie was far from being the best movie in the world. In fact, it’s often proclaimed as the worst movie of 1984. However, I hadn’t read the book yet, so I didn’t have a “story prejudice” when I watched it. And, quite frankly, I was barely able to follow the storyline anyway.

What fascinated me about the movie, and what has stayed with me, was the feeling I had while watching it: a ridiculous sense of AWE. What the film lacked in narrative art, it made up for in action movie eye candy (keep in mind, this was the eighties: the effects look silly now, and the soundtrack is a bit warped).

Anyway, the movie may have been a cinematic flop, but its most redeeming quality, at least to me, is that it made me want to read the book.

By the time I decided to read the book, I was eleven. I didn’t have any memory of the movie’s storyline at that point (thank goodness!); only the memory of the movie’s settings remained. My mind used those images as backdrops to bring to life the story Frank Herbert imagined, and through subsequent re-readings, they are still the images I see.

How about you? Do you have any stories that set the standard for your imagination?

*Most consider this movie a gigantic flop, and I’m not going to argue. I just want to point out that Frank Herbert was quoted as saying, “They’ve got it. It begins as Dune does. And I hear my dialogue all the way through. There are some interpretations and liberties, but you’re gonna come out knowing you’ve seen Dune.”

**I rewatched the beginning prologue that intrigued me so long ago, and nearly died of boredom from the long droning exposition. 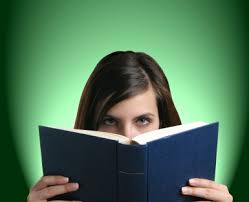