A lot of random things popped up all in the same week that I thought were quite memorable, so I thought to share some of these snippets. I know that normal weeks begin with Sunday and end with Saturday, but I have the privilege of not working a set schedule, thanks to my paythebills job, and Tuesdays generally mark the beginning of my “weekend.” So, without further ado…

Thanks for lending me the book, Kayla! Also, I think the cover has changed since this ARC, so don't be confused!

I spent last Tuesday (and into Wednesday) immersed in other worlds, namely, Fran Billingsley’s Chime and (the ARC of) Laini Taylor’s Daughter of Smoke and Bone.

Both of these stories were incredibly written and beautifully characterized. I wanted to wrap the words around me, and live in these worlds. Seriously, these books are what I aspire to as a writer. Unfortunately, Daughter of Smoke and Bone is not available until this fall, but Chime is available now!

I unfortunately missed out on a chat that writerly friends of mine were hosting Wednesday night, but here is the archive of that chat. I think we decided to make it a monthly chat, on the second Thursday of each month.

The next few days after that, fueled by insomnia, caffeine, and the raging desire to work on something fun, I fleshed out a chapter of a story (the snippets of which I wrote back in January) and continued to sketch out “next chapter plots.” I was so proud of myself, this song played in my head all day Friday (thanks to my awesome twitter friend, Michele Shaw, aka @veertothewrite, for tweeting me this link, so I can share the madness with you all):

Then, thanks to my lovely friend, Carol, I got these books… 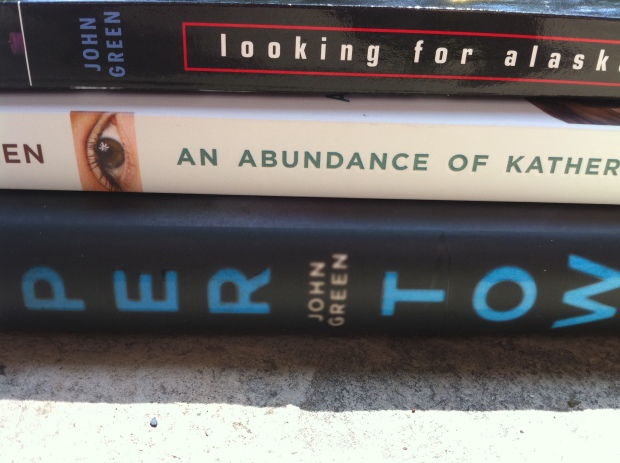 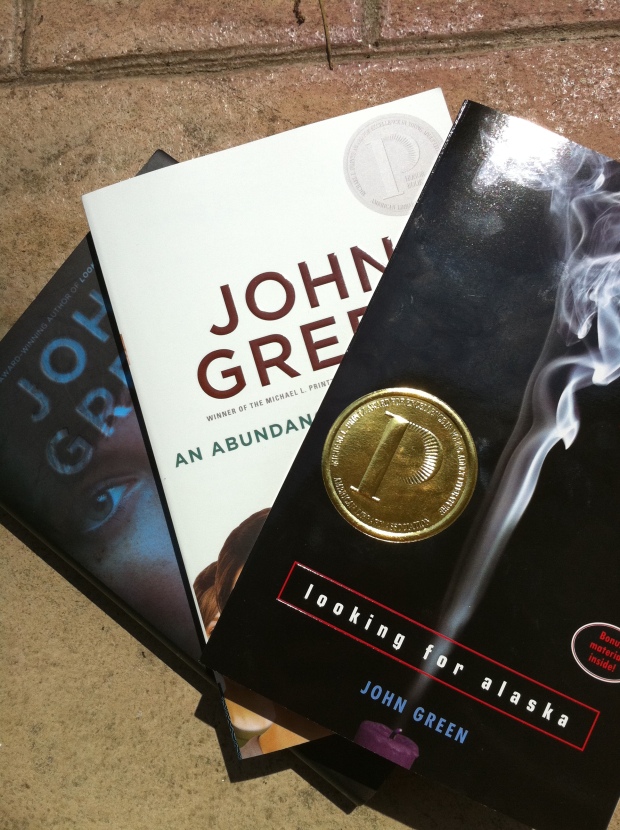 Carol, next in line!

…signed by John Green! (Please visit her blog post, here, where she also shares The Man in Truck incident, and her experiences at WisCon.)

Though I loved getting all three of those books signed, I really appreciated listening to what he had to say about the relationship of the reader and writer, and what he felt was his responsibility as a writer to produce stories that were both helpful and beautiful. Also, we got to hear bits from his new book, the title of which will be released next week. (UPDATE: John Green has announced that the new book’s title is The Fault in Our Stars. He will be signing all pre-ordered copies! Go order one today!)  The book itself comes out in nine months, and from what I heard, I will DEFINITELY be lining up to buy a copy (which will hopefully be signed, too, one day!)(UPDATE#2: Since JG announced he would be signing pre-ordered copies, mine is already signed, but I don’t mind getting it signed again!) 😀

Throughout the week, too, I accrued a pile of titles to be read, even though I promised myself that I would only get one book at a time. What can I say? I’m a book junkie.

So, (thanks to my library), I’m currently reading Julie Halpern’s Don’t Stop Now and Neil Gaiman’s Anansi Boys (via audiobook. What an efficient reader I am! ^_^). Also in my special library bag (what, you don’t have one?), I have:

Actually, the last two were because of the galleys waiting for me in my inbox. Thanks to Galley Grab, I have their sequels (Nocturne and Dust and Decay, respectively), along with Wildefire, by Karsten Knight, The Unwanteds, by Lisa McMann, and Fury, by Elizabeth Miles. (I don’t usually do book reviews on this blog, but I will pass along titles of books I thought were AMAZING! *coughcoughdaughterofsmokeandbonecoughcough*)

So that was my week (which, if you minus the John Green thing, and add a little more insecurity tugging at my “I Can Do This” exterior, was pretty much a typical week).

What Have You Been Up To??